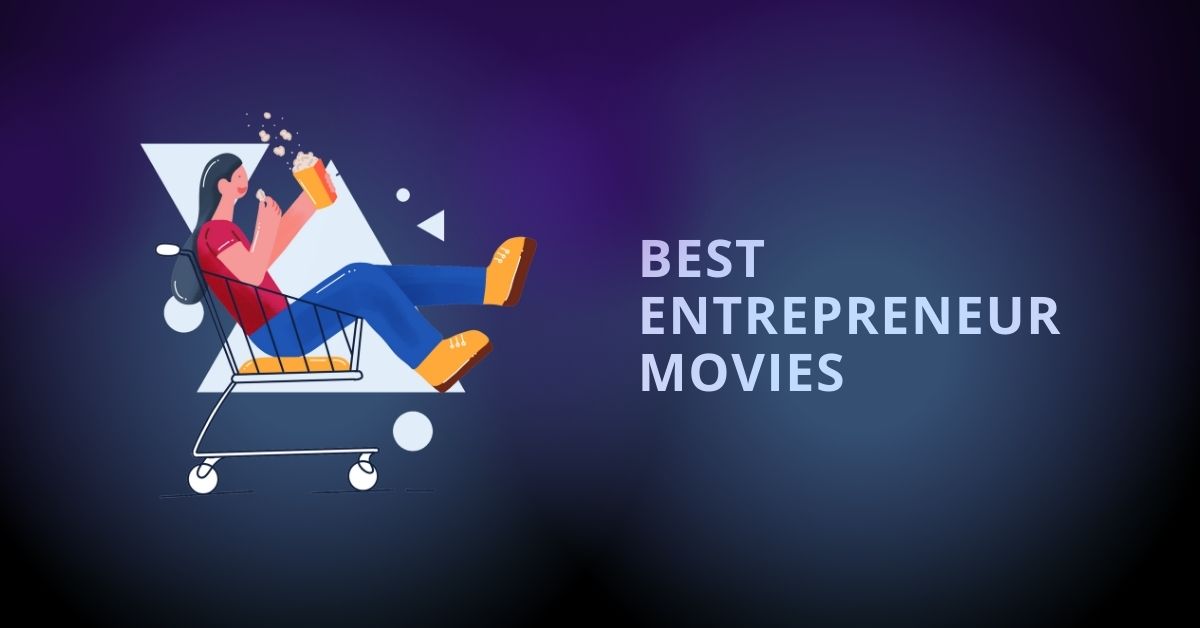 Do you want to kick start or refocus on your business?

Look no further as this post presents you with the best entrepreneur movies that can be a great source of motivation and inspiration.

Whether you are just starting out your business or have been doing it for years, everybody needs some sort of motivation and inspiration to keep the momentum going.

Movies, which are considered as a source of entertainment mainly can also be a great source of motivation and inspiration if underlying some messages.

Being a blogger and entrepreneur myself, I find movies really inspiring and that is why I came up with an idea to make my own list of the best inspirational movies also included with the best types of business movies.

Some of them I have watched personally while others are recommended by fellow bloggers.

Hereby, presenting you with the best inspiring movies every entrepreneur should watch.

So, without further ado, let’s dive in. 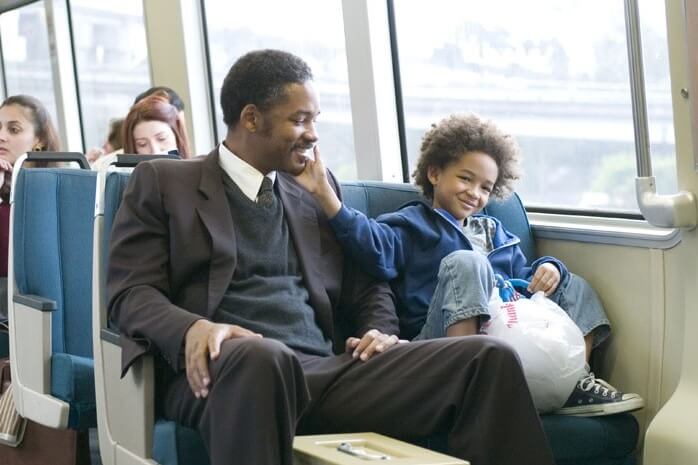 The very first movie in my list of top inspirational movies is The Pursuit of Happyness, probably the most inspiring movie I have ever seen.

This movie is based on the true story of Chris Gardner who struggled homeless nearly one-year with his son, Christopher.

Happiness is a state of mind. 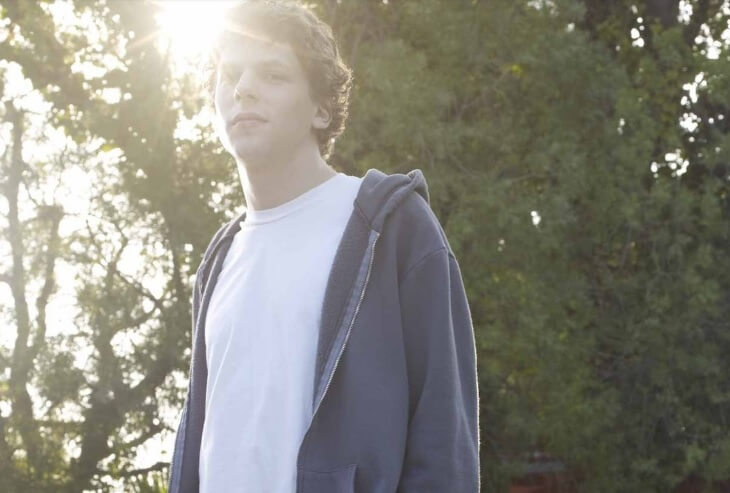 It would not be wrong if I say it is Facebook that revolutionized social media worldwide.

And this movie is all about how Mark Zuckerberg came up with the social networking website Facebook.

If you want to get inspired knowing how a campus website called Facemash started in a dorm turned into Facebook, a billion-dollar company, go watch it today.

You don’t get to 500 million friends without making a few enemies. 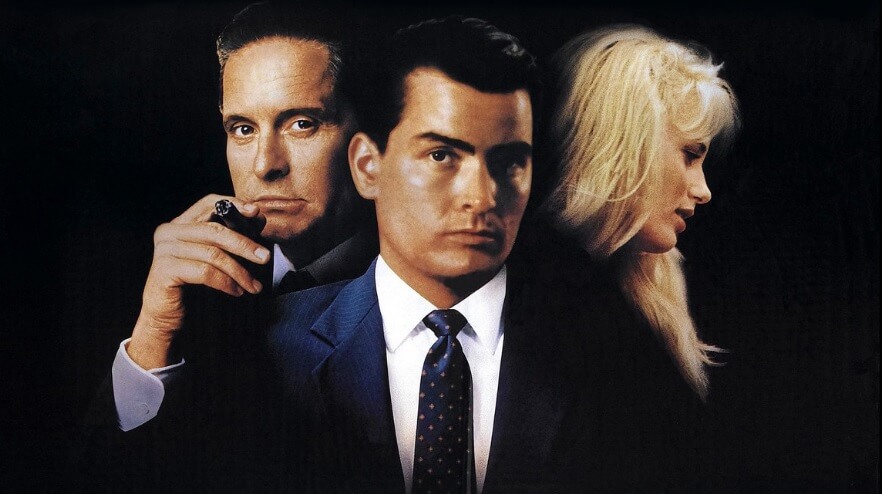 This movie revolves around Bud Fox (Charlie Sheen), a junior stockbroker who desperately looks for working with his hero, Gordon Gekko, a wealthy but untrustworthy Wall Street player.

From a young stockbroker to getting a chance to meet Gekko to pitching him some stocks to becoming wealthy, makes this movie one of the best inspiring business movies for aspiring brokers and entrepreneurs.

And if you are looking for the best types of business movies then this is certainly a great choice. 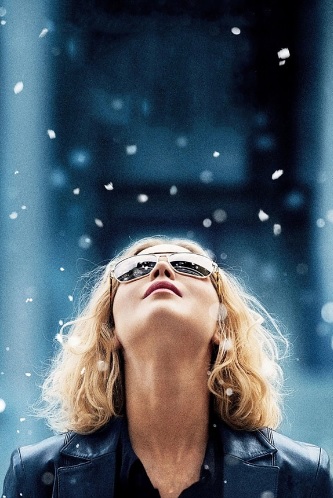 This movie is based on the life of Joy Mangano, who is an American self-made millionaire woman.

Being a part of a complicated family and having a job as an airline booking agent merely, made her struggle financially.

To pursue her inventing ambitions and becoming a successful independent businesswoman irrespective of all odds, this movie is one of the best inspiring movies every entrepreneur must watch. 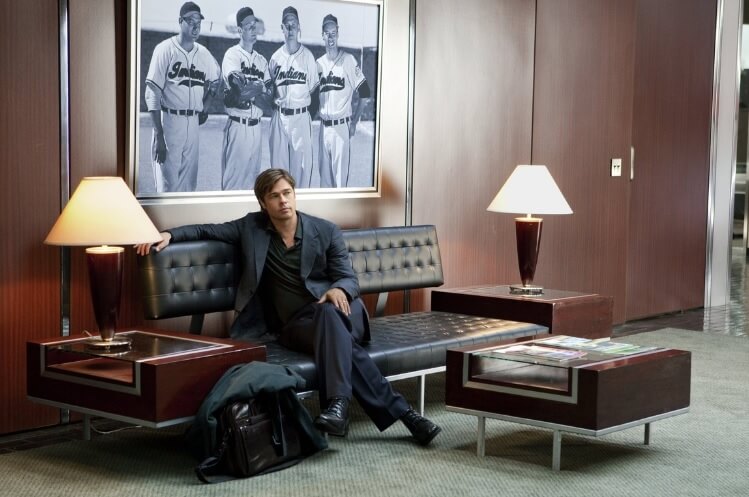 This movie is based on the true story of the Oakland Athletics baseball team’s 2002 season and their general manager Billy Beane.

It depicts you how Billy Beane (Brad Pitt) assembles a competitive team for 2002 with Oakland’s low budget.

Watching a team that was made by hiring undervalued athletes (due to insufficient funds) to winning record-breaking 20th consecutive games will make your day surely. 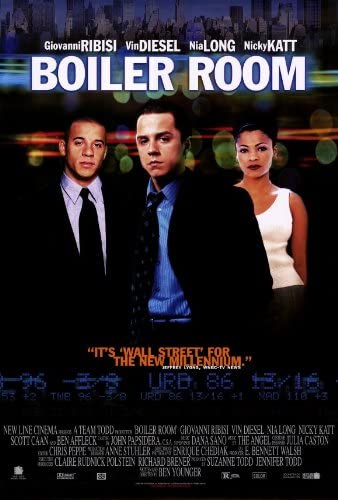 This film is all about Seth Davis (Ribisi), a 19-year old college dropout who runs a casino in his home.

This movie has everything to inspire traders and young entrepreneurs, from joining a chop stock brokerage firm unknowingly to becoming a broker, scamming people, feeling guilty, to helping victims.

There’s no such thing as making too much money or taking too many risks. 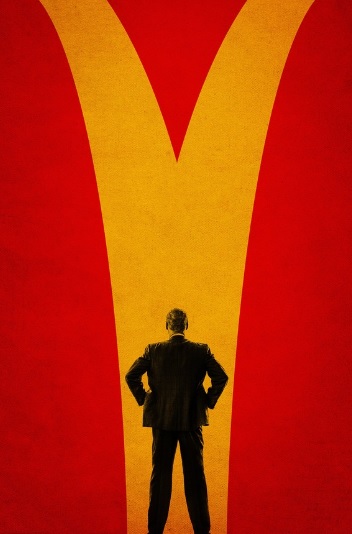 You must have heard about McDonald’s, right?

And if you are curious to know how this food chain was created, then this movie is for you and a must-watch for all entrepreneurs.

This movie beautifully portrays the story of two brothers, Richard and Maurice McDonald (Nick Offerman and John Carroll Lynch) who started the company and a businessman, Ray Kroc (Michael Keaton) who actually convinced them to start the global food chain. 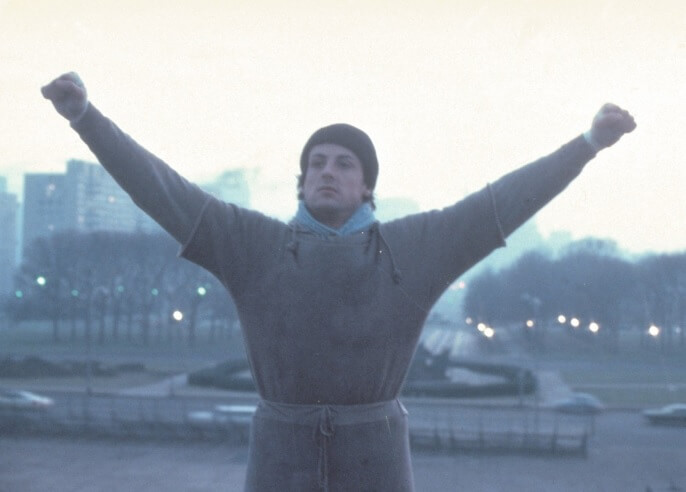 This film shows how Rocky Balboa (Sylvester Stallone), an uneducated working-class, rises from poverty and touches the new heights of fame.

By watching this movie, you will come to know how he got an opportunity to have a boxing fight against the heavyweight boxing world champion, Apollo Creed.

The fight that goes to full fifteen rounds will inspire you to give your 100% till the end and never give up. 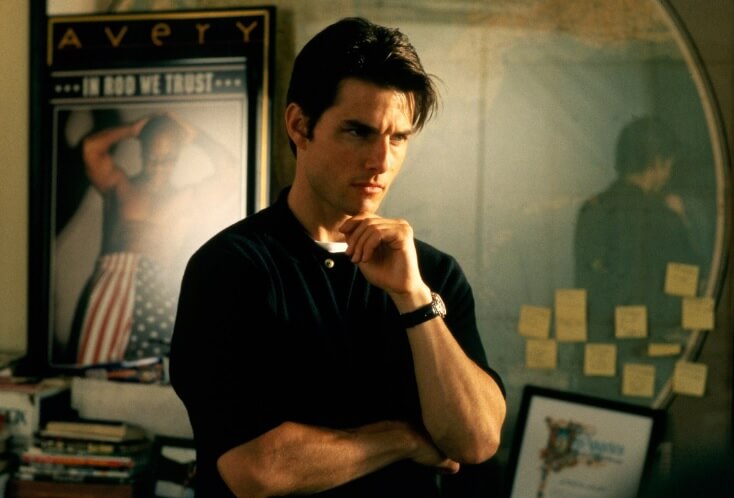 This movie is inspired by the life of Leigh Steinberg (Tom Cruise), a sports agent who acted as a technical consultant on the crew.

It would be amazing watching how he started his own agency with only one client after perceived dishonesty in the sports management business.

Later on, he got applause in front of other athletes and sports agents for his dedication and commitment towards his only client, which is the actual success for him, not money. 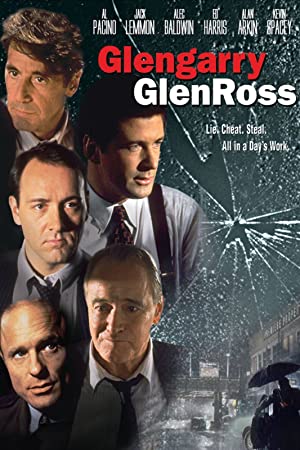 It is based on the AIDA model (Attention, Interest, Decision, Action) that makes it a must-watch movie for entrepreneurs.

If you are an entrepreneur or at a management level, then this movie is certainly for you.

The hardest thing in life is sell. 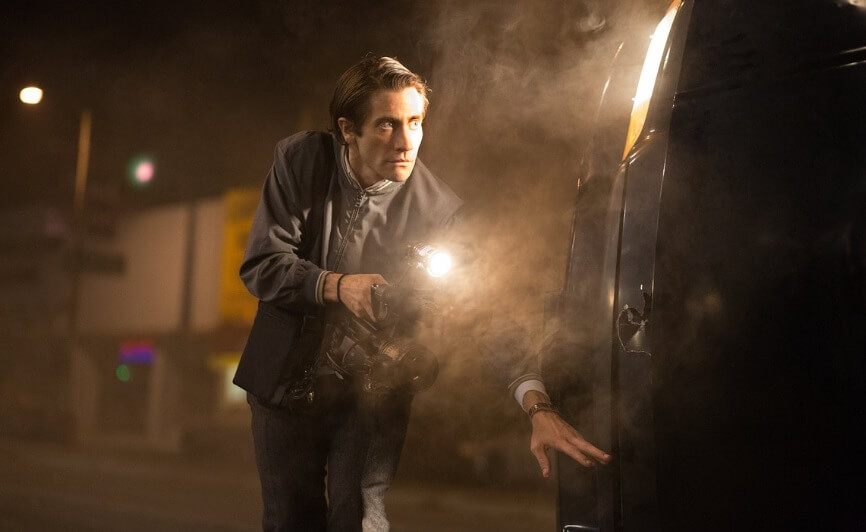 This movie depicts the relationship between unethical journalism and consumer demand.

The story of the movie revolves around a guy Louis “Lou” (Jake Gyllenhaal) who was unable to get a job and eventually becomes an unethical freelance photojournalist.

This is another great movie about two legends who revolutionized the whole world.

This movie tells how Steve Jobs and his partner, Woz developed Apple Computer in the garage of Jobs’s family home followed by the development of the IBM-PC with the help of Gates and Microsoft.

It will also give you the flashbacks of their life included with the rivalry between these two had on the development of the personal computer from the very early days.

Andy somehow manages to escape from the prison and mails the evidence of the corruption and murders at Shawshank to a local newspaper.

Watching Red paroled after serving 40 years and meeting Andy by violating his parole would be amazing.

Fear can hold you prisoner. Hope can set you free. 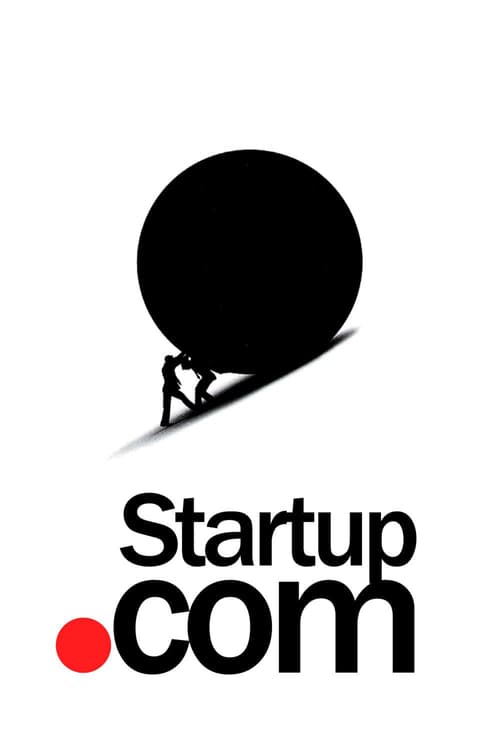 This is an excellent documentary film based on a dot-com start-up called govWorks.com by two friends, Herman and Tuzman.

It will take you back in the internet gold rush of the late 1990s.

Watching how they were unable to survive even after raising US$60 million funds makes it a great startup movie. 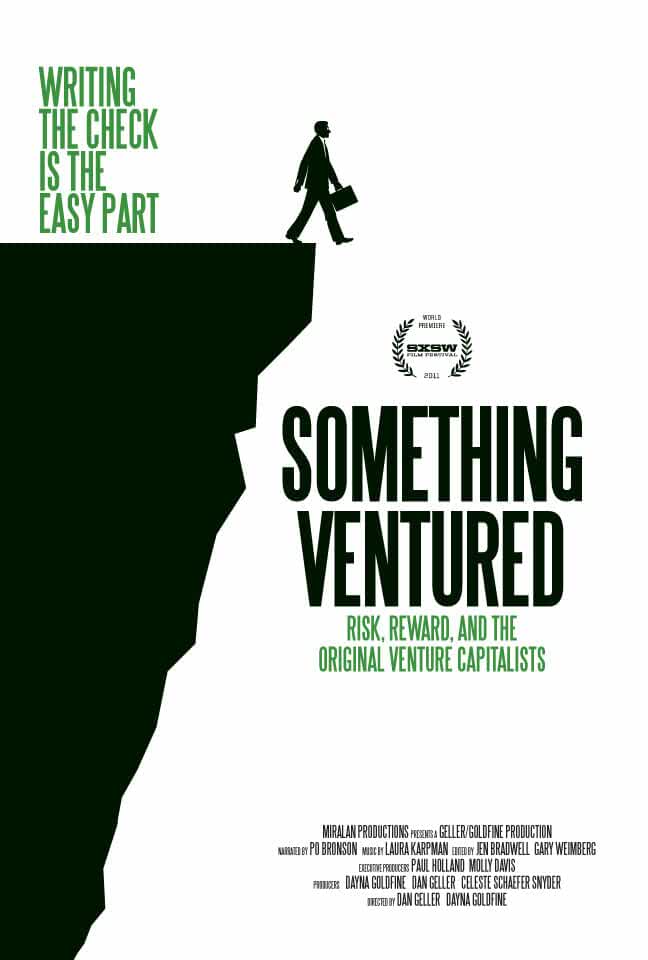 The entrepreneurs featured in Something Ventured are

This is another great documentary film that follows the stories of the venture capitalists who worked with entrepreneurs to build their own companies like some big names such as Apple, Intel, Cisco, etc.

It will give you deep insights into how ideas are funded and what is on the other side for big-time investors.

If you are an entrepreneur looking forward to knowing all these things, this movie is certainly for you.

Being an Indian myself, how could I wrap up this post without listing some of the best Bollywood movies for entrepreneurs?

So if you are a Bollywood fan, here are some of the inspiring Bollywood movies that are a must-watch for entrepreneurs.

If you haven’t watched it yet, go and watch it.

This is all related to the best inspiring movies for entrepreneurs and founders.

I have included some of the greatest business movies of all time.

All these movies are good enough to suppress your appetite for inspiration and motivation.

Furthermore, I will be updating this post with more relevant movies shortly.

Till then, get a couch for you and take a dose of inspiration by watching one of these movies.

And please don’t forget to comment your favorite movies.